Wendy’s Sparkles in the Land of the Rising Sun 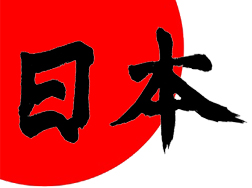 Wendy’s Sparkles in the
Land of the Rising Sun

Outside, an employee polishes a Wendy’s sign until it sparkles.

Inside, customers entering the spotless restaurant are greeted with a chorus of “Irasshaymase!” (Welcome!) from a team of well-groomed, smiling young managers and crew people. The service is fast and friendly, the food is excellent and the kitchen is as clean as the dining room. 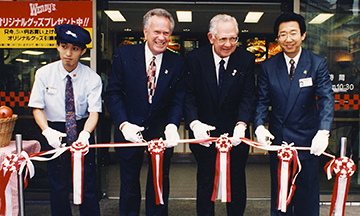 For founder Dave Thomas, in Japan with a senior management group last October to open the 50th Japanese Wendy’s restaurant, in Tokyo, it’s the image of a perfect Wendy’s. “If we could operate all our Wendy’s all over the world just like the ones here in Japan, I’d be very, very happy,” said Thomas. “I’m really excited about these restaurants.”

John Wright, president of Wendy’s international division, echoed that thought: “What impresses me about the Japan market is that the restaurants here are very clean, the food quality is superior and customer service is excellent. All the standards Dave Thomas set when he opened the first Wendy’s’ in 1969 are here in Japan today.”

No wonder, then, that Japan is Wendy’s largest and most successful foreign market outside North America. The Japanese franchisee opened its first store in 1980, and by January 1, 1996 was operating more than 50 units. 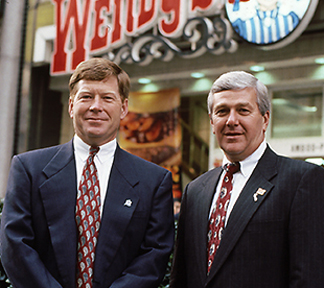 John Wright, left, and Tom Morrell in front of the Wendy’s on the popular Ginza.

Japan also has some of the highest sales averages in the system. The Ikebukuro store averages $94,600 per week. That’s more than $4.5 million a year from a single restaurant. Several others are in the $50,000 to $65,000 per-week range.

Wenco Japan
The Japanese market is operated by Wenco Japan, a subsidiary of The Daiei, Inc., one of the world’s largest retailers.

Tom Morrell, Asia Pacific region vice president for Wendy’s, says “Wenco is a very strong and dynamic company. Mr. Nakauchi, the chairman of the parent company, Daiei, has instilled a sense of pride throughout the organization. He insists that his people provide the Japanese consumer a 100 percent positive experience, and that’s what they do. They work very hard, they follow the Wendy’s systems and they’re excellent franchise partners.”

The Secrets to Wenco Japan’s success
There are several secrets to their success, according to Morrell.

Strong management support
Wenco has a strong team of senior managers dedicated to reproducing the Wendy’s concept in Japan. They make regular trips to the United States and other successful Wendy’s markets to ensure their operation takes advantage of the latest thinking in quick-service. As a result, their restaurants feature updated décor packages and they’re making their menu as consistent as possible with U.S. offerings – while still appealing to their Japanese customers.

If we could operate all our Wendy’s all over the world just like the ones here in Japan, I’d be very, very happy.” 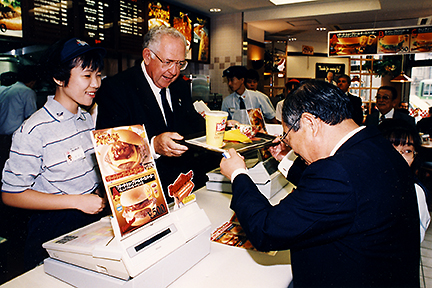 Mature crews
Unlike Wendy’s in the U.S., where many part-time crew people are high schoolers, in Japan, only college-aged crew people are hired. “We feel these people are more mature and more self-disciplined,” said Takashi Tsujioka, Wenco’s acting senior vice president for operations.

Wendy’s Chairman Jim Near, also in Japan for the opening, was impressed: “They have excellent manners, they’re very polite to our customers, they’re proud. They keep the restaurants nice and clean. These are exceptional people.”

Japan’s economy presents business challenges
While the operation is one of the best, the Japanese market is not without its challenges, primarily high real estate and food costs, intense competition, and a flat economy that has reduced consumers’ disposable income. 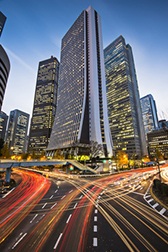 “Food and occupancy costs are key issues,” said Wenco President Toshihiko Taniguchi. “If we can reduce our break-even point, then we can more quickly develop a large number of stores. We’re hoping the government will deregulate more products, but we’re also looking for other ways to reduce our costs.”

Competition is intense in Japan. According to Taniguchi, “We don’t compete just with the traditional chains. Now we also have to compete with bento (pre-made lunchbox meal) carry-outs, delicatessens, convenience stores and supermarkets. These are all potential competitors.

“Our customers’ needs are changing so fast,” said Taniguchi. “It is essential that we do research to pinpoint their needs and wants. But I’m sure that if we deliver excellent service and good quality products, along with variety, we can win the market.”

High potential despite challenges
While the Japanese economy has been in a slump for the past several years, it is still one of the world’s largest economies, with very high per capita income.

There are millions of potential customers. The Tokyo/Yokohama megalopolis is one of the largest urban population centers in the world, with almost 28 million people. This high concentration means incredible business opportunity for a quick service restaurant operation.

“We have opened 50 stores,” said Taniguchi. “This is a beginning. But a successful chain store operation in Japan must have at least 200 stores. So we have to quickly reach 200 stores. This base will be the foundation for great success.”

The global implications were not lost on Thomas: “If we ran all our restaurants like these, Wendy’s could easily be a worldwide chain with 10,000 to 15,000 restaurants. It doesn’t matter what country you’re in, customers want the same things: quality, great service, a clean place to eat and good value for their money. That’s what they’re getting in Japan.” 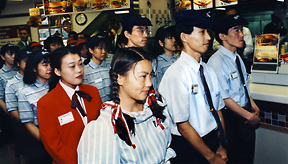 As part of the opening ceremony, the store manager made this pledge to company leaders:

We, the employees of the Hamamatsu-cho Wendy’s, pledge before Senior Chairman Dave Thomas and our president, Mr. Taniguchi, that we will put all our effort into providing the highest quality, made to order, juicy hamburgers and other incomparable food, served faster than anybody, ensuring our number one position in the Hamamatsu-cho area.

Project Description:
This Wendy’s Magazine article was part of a special edition in which the CEO laid out the company’s strategic plans for the year ahead, including those for international markets.

I coordinated communication and PR for this executive management trip to Japan, and directed an AP photographer and Reuters video crew. The event got extensive news coverage across the U.S. and Japan, as well as in many large international markets. We also used the video and photos for our internal communications.

Disclaimer regarding this work sample:
This project sample is presented to demonstrate writing, strategic planning or other communication skills, and is not an official publication of the client company. The sample relates facts and activities at the time the project was done, not current client activities. Use of the client company’s name and logo is for identification purposes only, and does not constitute an endorsement by the client – either expressed or implied – of Bart Butler, Bart Butler Communications or this sample.