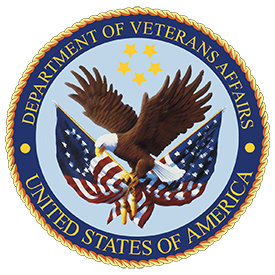 History’s sometimes ironic: Arizona’s Fort Defiance, created in 1851 to subdue the Navajo, is now the site of a VA effort to extend services to American Indian veterans living on and around the vast Navajo reservation there.

George Lawson, a licensed clinical social worker who’s helped vets off and on for more than 20 years, has been assigned to Fort Defiance’s Indian Health Service (IHS) Hospital for the past one and a half years. His official role is post-traumatic stress disorder (PTSD) counselor, but he’s become the local vets’ main contact with the VA. “I have widows who come in with pension questions,” Lawson notes, “and veterans from all eras — many who’ve never used VA services.

Underserved constituents
“It’s fair to say this has been an underserved population in the past,” says Lawson, recognizing the challenge of connecting with these vets. “People here live in very remote, isolated locations. There are miles between houses, and most people live miles off the pavement, so transportation is often impeded by the weather, including snow and mud.

“One patient told me: ‘I can get to a morning appointment, when the ground’s frozen, but not one in the afternoon, when the road turns to mush.’” Poverty in the area means some vets don’t have access to transportation at all.

Lawson applauds the VA’s decision to put him right in the IHS hospital, and says the two agencies form a powerful partnership: “They have the experience with Native American culture and this population, and we’re the old hands at dealing with veterans and things like PTSD.”

Lawson sits in on psych rounds at IHS and picks up the vet cases. He also visits surrounding hospitals and helps the staffs understand veterans’ special needs.

A place to share experiences
Veterans on the reservation often don’t have opportunities to get together and talk through issues, especially regarding PTSD, according to Lawson. “So, most of the veterans I see have kept their experiences to themselves. My mandate is to provide PTSD counseling so these vets DO have a place to discuss this.”

“Generally, folks that come in with PTSD think they’re crazy,” says Lawson. “But when they realize their delayed reaction to stress is normal, and that others are having the same symptoms — like anxiety or angry outbursts — then they start to realize they’re not crazy, and that goes a long way toward them opening the door, accepting treatment, and eventually getting better.” Lawson sees the same results in family and marital counseling. “A lot of times a spouse doesn’t understand that a vet can’t just ‘get over it.’”

For Lawson, helping these vets and their families offers great personal rewards: “People will come in and they’re at their wit’s end, and their relationships are about to fail. But to actually see a family that winds up staying together, see a veteran that starts to feel comfortable taking the kids out to a ballgame or to the movies, that keeps me going.”

Project Description:
In its Southwest region annual report, the U.S. Veterans Administration wanted to showcase exceptional VA employees and the way they positively affected veterans’ healthcare. I wrote this story based on a phone interview with George Lawson. This was just one of a series of articles I wrote for this annual report.