We all love coming up with the bright new creative idea, discovering a major innovation, or solving a long-simmering business problem.

And there are rewards for those who consistently deliver results like these.

But too few people recognize that valuable new ideas are often right in front of us. They’re in the conversations and meetings we have every day with clients, co-workers, vendors and even family members.

And all we have to do is be there, be engaged and listen for possibility.

I first heard the term listen for possibility 14 years ago from Peter Fleischer.

Peter’s now senior counselor, director of global growth and development for Ketchum, a worldwide PR and communication firm. At the time, he managed Wendy’s PR account for Ketchum.

Going back to the source

I still use the techniques Peter taught us. They’ve been invaluable for doing interviews and writing personal profiles for my content development business. Listening for possibility helps me get under the skin and uncover the rich, human side of the stories I cover. 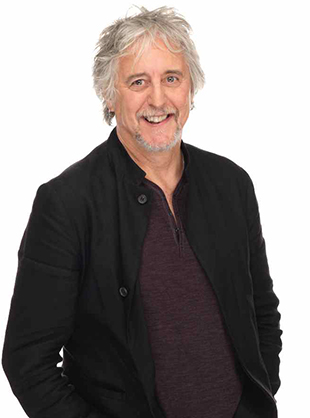 So, I recently tracked Peter down to thank him, and to discover his own connection with listen for possibility.

Before getting into public relations, Peter worked on Capitol Hill. He ran political campaigns and was a newspaper reporter, often covering politicians.

He said he’d long felt a major problem in our country was that, “people don’t really listen. People are usually rehearsing their next answer, and not really listening to what’s going on.”

That’s why he was excited to hear the phrase listen for possibility during a leadership seminar.

“It really hit me like a thunderbolt,” he said. “It told people ‘you need to listen, and not just assume you understand what the other person is saying, but listen for the possibility there’s really something new you could learn from them.’ That’s when the lightbulbs start coming on.”

He felt the concept would help people listen more purposefully and attentively.

“The second part of listening for possibility,” he said, “is not just listening passively, but listening very intentionally, and then exploring, asking questions, trying to be a facilitator.”

Critically important in long-term relationships, both business and personal

“I think, particularly with clients and colleagues you’ve dealt with over a long time,” Peter said, “you feel like you can almost finish their sentences for them – at least in your mind – without really paying attention to what they’re actually saying.”

“In our personal lives it can really help a lot, too,” he said. He pointed to his own successful 28-year marriage, during which he and his wife have continued to grow and develop as individuals. “I think a lot of that comes from good habits, from not making assumptions.”

Be a coach, not a critic

While he normally dislikes stereotypes, Peter said there’s one he finds helpful in illustrating the benefits of listening for possibility. It’s the distinction between being a coach and being a critic.

“A coach sees possibilities in others that they might not see in themselves,” he said. “A coach encourages people to achieve what they want to achieve.

“Conversely, critics are always more interested in their own ideas, and criticize anything that isn’t consistent with those ideas. Critics shut down everyone else around them.

“A coach exhibits a high degree of empathy, and is always listening for possibility,” he said. “You get a lot further in business, in life, in relationships when you act as a coach as opposed to a critic. And listening is a huge part of that.”

Listening for possibility is about solutions

Fleischer tries to share a listen-for-possibility approach among his own team. “It’s really important, particularly in customer service,” he said. “People in my business tend to be uncomfortable selling things. So my encouragement to them is always, ‘don’t be selling, be solving.’

“Every single person wants to solve a problem the client has,” he concluded. “That’s the joy of being in this business!”

Brainstorm Better with a Listen-for-Possibility Approach

Peter often leads brainstorming sessions. And he uses listen-for-possibility techniques to make them more productive, and to encourage mutual respect.

Early on, he noticed that brainstorm participants focused primarily on presenting their own ideas, and paid less attention to others.

“That can be disheartening,” he said, “especially for people who are shyer. They’ll summon up the courage to present an idea, then the person after them just ignores it.

“So, as a facilitator, I ask people to comment on the idea that came before. That forces everyone to listen for possibility. I’ll ask them:

“It forces people to linger there for just a little bit,” said Peter, “and it’s a great sign of respect.”