ASU graduate Andrew Swan advanced by forcing himself ‘out front.’ 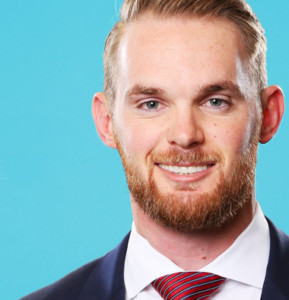 He’s responsible for accounts everywhere east of the Mississippi river.

“I spend half my time travelling and meeting with our biggest clients and potential clients,” he said. “It’s a lot of sales, consulting, relationship building and networking.” It can involve seminar presentations to small groups or crowds of 100. And just two years out of college, he’s been very successful at it.

His abilities had their seeds in Associate Professor Detra Montoya’s marketing class at Arizona State University.
He had arrived under-prepared for a presentation he’d been assigned, and remembers it didn’t go well. “I got nervous and even choked up. It was embarrassing.”

But it was a valuable learning experience. “It prompted me to never be unprepared again,” he said, “and to become a much more polished speaker.”

As a result, in his last two semesters at ASU, “I always took the initiative to take the lead on class presentations,” he said, “and used those as practice environments.” Each one taught him something he could build on to make his next presentation better.

He also took advantage of ASU’s Edson Student Entrepreneur Initiative. “I liked developing a business plan and pitching it, and then getting feedback from industry experts. That was really valuable.”

Networking approach led to Longboard opportunity
He credits part of his success to the network he built at ASU.  He says the faculty was very generous in sharing advice and their own networking contacts. And he leveraged those. “I made an effort to communicate my vision to my friends and other contacts,” he said. “That way, when they came across opportunities that matched my vision, they’d say, ‘Hey, I know a guy who would be perfect for that.’”

In fact, Andrew’s introduction to Longboard’s Howard Fraser — now his boss — came through one of those friends.

It prompted me to never be unprepared again, and to become a much more polished speaker.”

A good match for Longboard’s company philosophies
Taking personal responsibility for his development was a recipe for success at Longboard. An ‘ownership mentality’ is a core company attribute. They want people who will move their part of the business ahead — without a lot of micromanagement.

Longboard also believes in meritocracy. Meaning people earn rewards — both compensation and advancement — based solely on their performance, not their tenure.

“I think I’m living proof of that,” Andrew said. “I came in with limited experience; I put in a lot of hard work and did a lot of personal development. I put myself in a position to execute at a higher level. And I’d say I was rewarded quite quickly. I moved up in the organization and got the opportunity to earn a higher income.”

Starting as a part-timer while still in school, Andrew earned his first promotion after 4 months. That’s when he started managing others on the business development team.

Then, 5 months later, he was “kicked out of the nest.” He started making client visits with more experienced sales reps. “Within a year, I’d gone from being a part-timer to being one of the lead business development members working directly with clients in the field,” he said.

Compensation follows performance
“In terms of compensation and incentives, we don’t like to put ceilings on anybody,” said Andrew.

On the sales side, people generate commissions. “We’ve created compensation structures that give people an endless amount of upside that rewards a person’s effort and effectiveness,” he said.

“For people who don’t operate on commission,” he said, “we have a ‘Shared Success Bonus Pool’ which gives everyone an opportunity to generate significant additional income.”

Growth creates opportunities for new employees
“The more we grow, the more opportunity that opens up for new people to come in and put their own stamp on the organization,” said Andrew.

“We’re actively hiring new talent, especially people who match the profile Ace Greenberg of Bear Stearns used to call ‘PSDs.’ PSDs are Poor and Smart, and have a deep Desire to be successful.

“We’ll find a place to put people like that,” he said.

To help those new employees succeed, Andrew touts Longboards three-month onboarding process. We put it together to help people get up to speed quickly, and position themselves for their own successful careers. 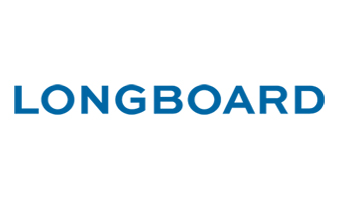 Project Description:
Longboard Mutual Funds is a Phoenix-based alternative investments company. This executive profile was one of a series I ghost-wrote to help attract new talent to support the company’s growth. The focus was on the rapid career advancement new employees might anticipate if they joined the company. The target audience was recent college graduates or MBAs who are hungry for success and will work hard to achieve it.